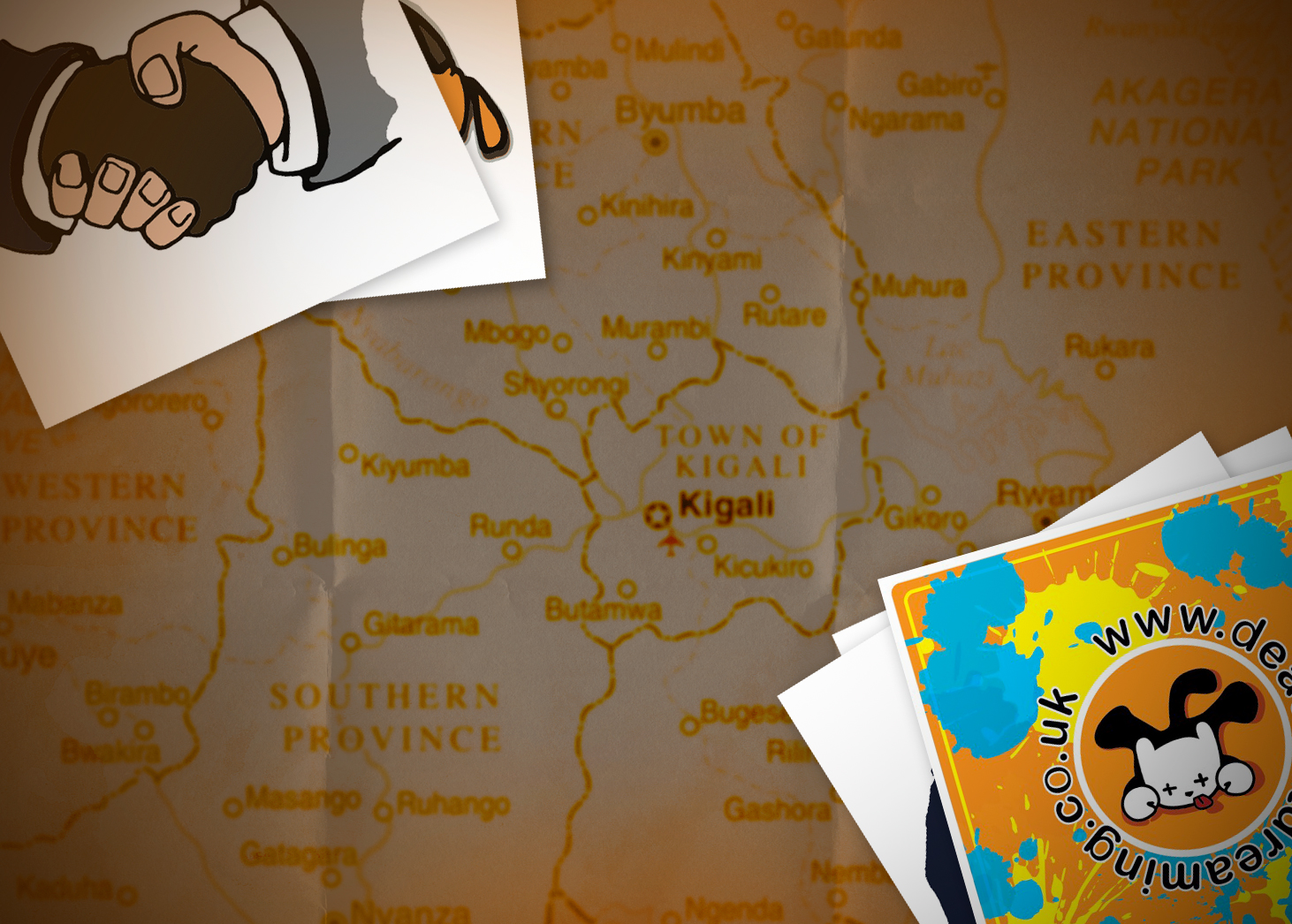 Funded by Norad, the Norwegian Agency for Development Cooperation, this unique outreach project took Brian McDonough, in his role as Associate Director of ICCD, to Rwanda for a unique teaching (and learning) experience. Unfortunately the team at DCD were too bulky to fit in his meagre luggage allowance, however the much more svelte pack of DCD CO Cards did manage to squeeze their way in.

Part of an inter-disciplinary centre at the Faculty of Applied Social Sciences at London Metropolitan University, ICCD promotes community development as a value based empowerment process. Aiming to support and enable people to better organise and work together, this aspirant approach hopes to address imbalances in power and bring about change that is founded upon social justice, equality and inclusion. To this end, the Centre champions ‘learning’, especially learning from each other, as a central tenet in its altruistic efforts. Putting this into practice, Brian spent much of his visit as a guest lecturer teaching students studying an MA in Community Development at the then Kigali Institute of Education, now part of the University of Rwanda.

Other than the fact that many of the students held positions in the Rwandan civil service, Brian noted the diverse range of backgrounds and ages that made up the groups that he had the pleasure of working with; mindful too of his own cultural differences. Keen to be sensitive to the needs of the students, he wanted his lectures to be interactive, encouraging feedback and lots of involvement. He also wanted the process to be free from his own assumptions or preconceived intentions. Enter DCD’s CO Cards, the pack that ‘unpacks’ meaning.

Using these image-based cards to informally assess understanding and capture evaluative feedback on his delivery and content, Brian had been curious as to whether the imagery would resonate for individuals outside of western traditions, both academically and culturally.

“I wasn’t sure whether the process would work, but I needn’t have worried. The cards carry images that are totally open to interpretation; this is what makes them so powerful”

Using open questions and the invitation to select an image that embodied their answer, Brian found himself opening up conversations that were much more significant to those involved. He described how the cards could take an academically technical subject and give people the means of showing how they had individually assimilated the information.

Even when students professed to not being able to understand an image on a card, how they chose to interpret it sparked a dialogue that was tremendously useful.

“The group couldn’t initially make sense of the image of the loud-haler, but it didn’t matter as they soon translated it into a coffee cup. This opened up an interesting and insightful discussion on my teaching style and how it differed from what they were accustomed to. This is how the cards work; they allow people to project on to them what is clearly important to them…

…What was great was the way the Rwandan students could recognise these considered images in their own way, in their own culture, as something that was very much meaningful to them…

…I’m unsure of just how many different languages were spoken across the groups I worked with, but it didn’t matter the cards were universal; totally language independent…

…I can’t think of any other resource in education that can scale from the primary school classroom to a higher education seminar and move from one cultural setting to another; and still have the same impact for those taking part. I was going to say a must-have for anyone working in education, but I think they are a must-have for anyone wanting to really engage with other people.”

…Drop us a Line